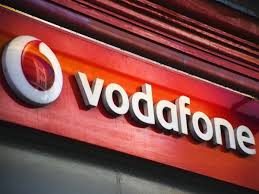 In Vodafone International Holdings BV (The Netherlands) V. India Award [PCA Case No. 2016-35] The Permanent Court of Arbitration (PCA) has ruled in favour of Vodafone in a dispute relating to Indian government’s retrospective tax claim of approximately USD 5.5 billion (Approximately Rupees 40,000 Crores) together with penalty and interest.

The Hon’ble Supreme Court in 2012 held that the tax department had no jurisdiction to impose obligations on Vodafone for a transfer of shares of a foreign company between two non-residents. Thereafter, Parliament made  retrospective amendments to the Income Tax Act, which rendered the Judgement of Hon’ble Supreme Court in 2012   ineffective. Thus, Vodafone’s tax liability, as well as penalties and interest on the same, were upheld, against which Vodafone invoked the Netherlands-India BIT for wrongful actions of the Indian government.

The tribunal held that under the Bilateral Investment Treaty (BIT) signed between India and The Netherlands, Vodafone is entitled to fair and equitable treatment and Indian government’s insistence on the Rs.40,000 Crores claim despite the 2012 judgement of the Hon’ble Supreme Court of India is a breach of the guarantee of fair and equitable treatment as laid down in Article 4(1) of the BIT. The tribunal also directed Indian Government to pay Vodafone an excess of 4 million pounds as 60% of the company’s cost for legal representation and assistance, the court held that “The Respondent will reimburse to the Claimant the sum of £ 4,327,294.50 or its equivalent is US Dollars, being 60% of the Claimant’s costs for legal representation and assistance, and € 3,000 or its equivalent in US dollars, being 50% of the fees paid by the Claimant to the appointing authority”