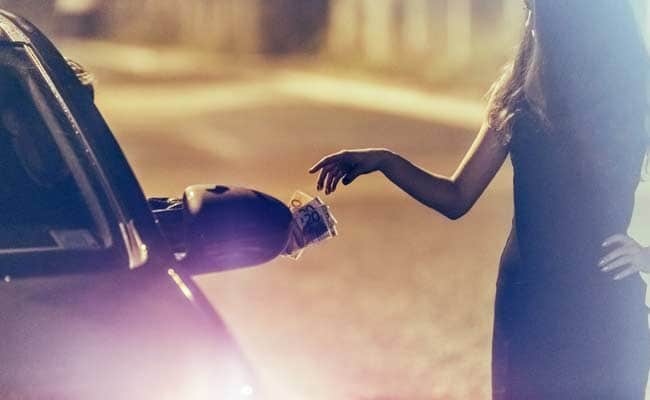 Bombay High Court while freeing 3 sex workers from Corrective Institution held that prostitution is not an offence and that an adult woman has the right to choose her vocation and cannot be detained without her consent as per the Immoral Traffic (Prevention) Act, 1956 (Act).

A secret mission was led by constable Rupesh Ramchandra More (Social Service Branch) on the basis of information received that a man named Mr. Nijamuddin Khan, a pimp provides women for prostitution at a guest house in Malad. After successful decoy the police arrested the accused along with 3 sex workers. All were produced before the magistrate who ordered a medical examination of the victims and directed an NGO for counselling the victims. After the medical report and preliminary investigation, it was noted that the victim’s belonged to a particular community ‘bediya’ where it is a tradition that a girl after attaining puberty is to be sent for prostitution. The magistrate ordered the detention of the victims for a period of one year from 19th October, 2019 considering the fact that the parents themselves are allowing to indulge in prostitution as a profession for their daughters’ and, therefore, it would not be safe to hand over the custody of the victims to their mothers. The police were ordered to transfer the victims in a state run institutional facility in their native place for the care, protection, shelter and vocational training in the subject of their liking. This order of the magistrate was challenged before the Additional Sessions Judge who upheld the direction of the Magistrate.

According to the petitioner since the victims are not being prosecuted, there is no question of continuing their detention in any correctional institution. It was further pointed out that Act does not empower the Magistrate to hold the custody of the victims beyond the period of 3 weeks without their being any final order to that effect after following due process of law. It was observed that, ‘Section 17(4) of the said Act provides that after completion of such inquiry, if the Magistrate is satisfied, he may subject to the provisions of sub-section (5) make an order that the victims be detained for such period, being not less than one year and not more than three years, as may be specified in the order, in a protective home for which the Magistrate shall give reasons in writing. It is pertinent to note that that the provisions of Section 17(4) of the Act are subjected to the provision of subsection (5), which provides that the inquiry shall be conducted by the panel of at least 5 persons, to be appointed in the manner as contemplated in the said sub-section (5). No such inquiry as contemplated under the statute has been conducted. The interpretation of the provisions of Section 17(2) and Section 17(5) of the said Act have been considered by the High Court of Delhi in the decision reported in the case of Kumari Sangeeta Vs. State of Delhi and Ors. 1996, Criminal Reporter, P-129, (Delhi).’

It was emphasised in the court, ‘There is no provision under the law which makes prostitution per se a criminal offence or punishes a person because he indulges in prostitution. What is punishable under the Act is sexual exploitation or abuse of person for commercial purpose and to earn the bread thereby, except where a person is carrying on prostitution in a public place as provided in Section 7 or when a person is found soliciting or seducing another person in view of Section 8 of the said Act. There is nothing on record to show that the petitioners were seducing any person for the purpose of prostitution nor there is any material to show that they were running a brothel. It seems that the learned Magistrate has been swayed away while passing the impugned order by the fact that the petitioners belong to a particular caste.’

The court held that the victims being major, their fundamental rights to move from one place to another place or to reside at a place of their choice and choose their vocation has to be considered. They cannot be subjected to unnecessary detention contrary to their wish and should be asked to reside in the corrective institution. The court concluded, ‘It is nearly one year that the victims have been detained in the corrective home against their wish and, therefore, for the reasons stated herein, they need to be released forthwith.’