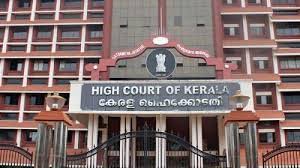 The Hon’ble High court of Kerala in Latha.P.C Vs. State of Kerala [Crl.MC.No. 7977 of 2018(F)] held that a party against whom proceedings are initiated under section 12 of Protection of Women from Domestic Violence Act, cannot approach High Court for quashing the proceedings invoking the power u/s 482 of Cr.P.C.

It was further observed by the Hon’ble court that “this Court has held in the said case that a person to whom notice is issued by the Magistrate in an application under Section 12 of the Act can appear before the Magistrate and contend that the proceedings is not maintainable against him, on the ground either that the person who filed the application is not an ‘aggrieved person’ as defined in Section 2(a) of the Act, or that he would not fall within the definition of the ‘respondent’ in Section 2(q) of the Act, or that the allegations do not make out a case of ‘domestic violence’ as defined in Section 2(g) of the Act or that the reliefs sought are not reliefs provided for in the Act. It was also held by this Court in the said case that such contentions as regards the maintainability of the application, if raised, shall be decided by the Magistrate. It was further held by this Court in the said case that so long as the respondent is not an accused in a proceedings initiated under the Act, he is not even obliged to apply for bail in respect of such proceedings and his personal presence is not mandatory for hearing and disposing of an application under Section 12. In the light of the decision of this Court in Vijayalekshmi, according to me, the Criminal M.C. is not maintainable.”

It was further expounded by the court that “Despite the findings aforesaid, it is necessary to mention that in so far as the proceedings under the Act are to be dealt with by criminal courts in accordance with the procedure prescribed under the Code, it has become a common practice now to rope in the relatives, at times even distant relatives of the person from whom relief is essentially intended, as respondents in the applications instituted under the Act without any bonafides and with oblique motives, on omnibus and vague allegations, despite various judgements of the Apex Court deprecating that practice. In Preeti Gupta v. State of Jharkhand (2010) 7 SCC 667, the Apex Court has taken note of the said fact and observed that majority of such complaints are filed either on the advice of the lawyers or with their concurrence.”