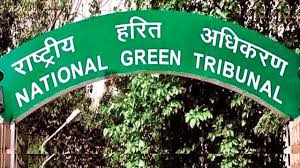 The principal bench of NGT headed by Chairperson Justice Adarsh Kumar Goel, Justice SP Wangdi and Dr. Styawan Garbyal was hearing the execution petition  filed for execution of NGT’s order dated 18/12/15 where the tribunal found the major contributors to the air pollution in Mahul, Ambapada and Chembur areas were the logistic service, storing oil, gas and chemical items as well as oil companies releasing emissions of VOCs during loading, storage and unloading or handling of harzardous chemicals at various stages. The tribunal found the deteriorating quality of air in thse area harmful of its residents. The tribunal considered the report of the joint committee which found damage to air quality due to VOC emissions and also suggested steps for control, the tribunal directed remedial action and assessment of compensation based on polluters pay principle.

The tribunal observed that

“While it is true that there may be many reasons for presence of VOCs in the atmosphere like vehicular emissions, etc., it cannot be denied that the said four companies e.g. ALL, SLCL, BPCL and HPCL contribute substantially and predominantly to the VOCs in Mahul and Ambapad villages. It is also scientifically proven that VOCs are potential cause for various serious ailments if humans are exposed to it for a long time. The prolonged exposure to HAPs even at miniscule level may weaken the lungs and other organs. Conditions prevailing in the area are sometimes likened to that of ‘Gas Chamber’. It was only because of these reasons that the respondent companies had been taking actions to arrest the fugitive emissions which were particularly noticeable after 2015 and of late the industries have acted on implementation of action plan”

Hence, the tribunal directed the respondent companies to pay a compensation of Rs. 286.2 crores and constituted a 10 member joint committee comprising of senior members of CPCB, MoEF & CC, State CPCB, District Magistrate, NEERI, TISS, IIT Mumbai, KEM Hospital and a nominee of Health Secretary Maharashtra, to prepare an action plan for restoration measures spread over a span of not beyond 5 years.