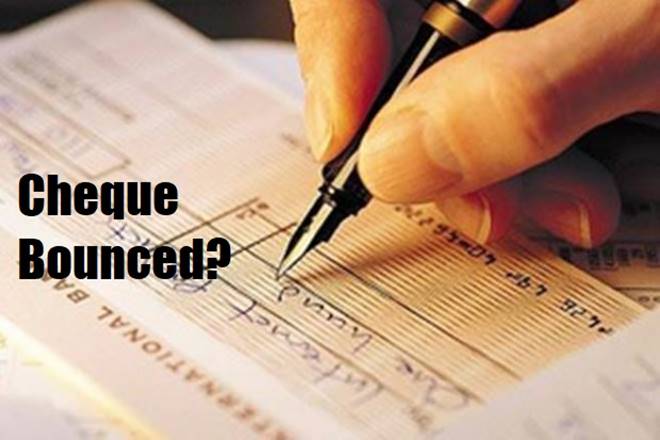 Today the false and fake cases are more than the genuine ones. Most of the Negotiable Instruments courts are flooded and burdened with cheque bounce cases filed under Section 138 of the Negotiable Instruments Act 1881. The accused often get victimized for issuing a security cheque to the complainant. In a general chain of transactions, many company or lender keep a blank security cheque in order to start the business or hand loan. Many of the cases in India recorded that due to partial unpaid dues or EMI, many misuses those cheques and file a false cheque bounce case.

Conditions precedent for constituting an offence under S. 138:

There are numerous reasons which can be attributed to a bouncing of cheque.

Dealing with a fake or false cheque bounce case and Remedies:-

These are the important timely actions to be done for dealing with false cheque bounce case.

PUNISHMENT FOR CHEQUE BOUNCE UNDER THE NI ACT

On receiving the complaint, along with an affidavit and relevant paper trail, the court will issue summons and hear the matter. If you fail to take timely actions then you may have to face the consequences. Let us understand the provision of law.

In 1988, the Negotiable Instruments Act, 1881, was amended in the year 1988 and Section 138 was inserted making the bouncing of cheques a punishable offence amounting to a punishment of imprisonment of a term extendable to 2 years, or with fine extendable to double the amount of the cheque or both. Even the banks have rights to stop the cheque book facility and closed the account for repeat offences of bounced cheque.

There is no limitation for awarding compensation.The main objective of incorporating Section 138 in the act by an amendment in 1988 was to inculcate faith in the efficacy of banking operations and credibility in transacting business on negotiable instruments to prevent the issuance of dishonest cheques by the drawer.

In case of Sujanti Suresh Kumar vs. Jagdeeshan 2002, Cr.L.J 1003 After the amendment was made the Magistrate are empowered to impose fine exceeding Rs.5000/- but prior to the amendment of 2002 a sentence of fine in excess of Rs.5,000/- by First Class, Judicial Magistrate or Metropolitan Magistrate was held to be unlawful. Hence there is no limit to the fine that can be imposed by the Magistrate.

Mens rea [guilty state of mind] not required for offence under S. 138 of the Negotiable Instruments Act 1881

In the case of Dashrath Rupsingh Rathod v. State of Maharashtra, (2014) 9 SCC 129. The Hon’ble supreme court held that:-

The objective of Parliament was to strengthen the use of cheques, distinct from other negotiable instruments, as mercantile tender and therefore it became essential for Section 138 to be freed from the requirement of proving mens rea [guilty state of mind].

This has been achieved by deeming the commission of an offence dehors mens rea not only under Section 138 but also by virtue of the succeeding two sections. Section 139 carves out the presumption that the holder of a cheque has received it for the discharge of any liability.

Section 140 clarifies that it will not be available as a defence to the drawer that he had no reason to believe, when he issued the cheque, that it would be dishonoured.

In the matter Raj Kumar Khurana Vs.State of (NCT of Delhi) and Ors.2009((2))ALT(Cri)323, the Hon’ble apex court held that return of a cheque by the bank on the ground that it was reported lost by the drawer would not attract the penal provision .The court observed the parameters for invoking the provisions of Section 138 of the Act, thus, being limited, we are of the opinion that refusal on the part of the bank to honour the cheque would not bring the matter within the mischief of the provisions of Section 138 of the Act.

The court while exercising its jurisdiction for taking cognizance of an offence under Section 138 of the Act was required to consider only the allegations made in the complaint petition and the evidence of the complainant and his witnesses, if any.

It could not have taken into consideration the result of the complaint petition filed by the respondent No. 2 or the closer report filed by the Superintendent of Police in the First Information Report lodged by the appellant against him and the Hon’ble court held the complaint not maintainable.

If he does not file a complaint within one month of the date on which the cause of action arises under Clause (c) of the proviso to Section 138 of the Act, his complaint gets barred by time.

In the matter MJ Joseph versus Gladis Sasi on July 2010 of Kerala High Court, it was held that the presumption under Section 118 and Section 139 of the Negotiable Instrument Act can be drawn only when the execution of the cheque is admitted or proved.

The admission of signature in a blank cheque is not admission of execution of the cheque. The performance of the channel was not established in compliance with Section 67 of the Indian Evidence Act. The accused has been acquitted by the Court.